Day 2 (5/25/15): This day was spent unpacking the trailer and vehicle and storing the remainder of m my stuff at my parents house.  Along with this I fixed some of the issues I had yesterday and potential problems I foresee having. I  through nylon nuts or double nuts on all the bolts that did not have them already. Along with this I mounted my spare winch in a different way so it would not hit the spare tire as soon as it did before. And my mother sewed up a quick cover for it to keep all the dirt and UV light off of the synthetic line. 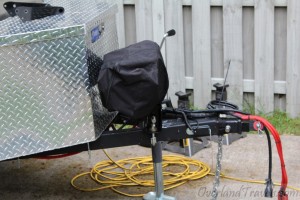 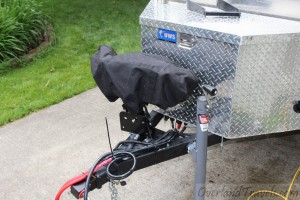 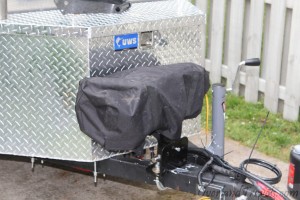 Along with this both of my mud flaps were ripped off within the first hr of driving yesterday. I think the higher interstate speeds somehow sucked the mud flaps in. I recovered both and mounted them a better way this time. I used a large barn door hing. Using self tapping screws mounted it upwards into the aluminum corner piece. Then used a duplicate copy of the hinge and sandwiched bolted the flap to hold it secure. If they rip this time I’m going to have to go with a different material. 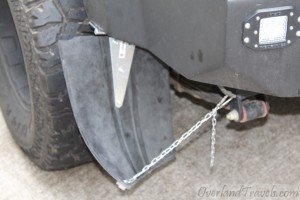 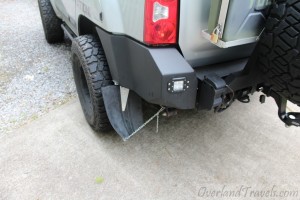 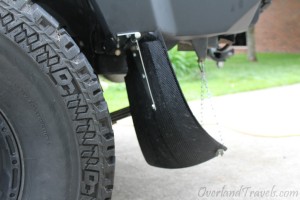 Day 3 (5/26/15): Today started off as a simple day of just reorganizing everything to make it fit better. I installed the mattress with sheets and everything was going good. Then I hooked up my vehicle to take some family photo’s for my parents and my dad realized my leaf springs were just sagging to much. So off to the races. I quickly jacked up the trailer and removed one of the leave springs. Alcan 1250lbs we ran to a trailer supply shop and picked up some generic ones that are rated for 1750lbs. I installed them and 1/2″ longer shackles and everything is looking much better. Tomorrow if I have the time. I’m going to take my Alcan and spare generic springs and combine them to create a spare heavier duty trail set that will flex better then the generic ones. My tongue weight is  just to much so once I hit Colorado I will have Insain fab add a extra foot of tongue to help lighten that load and maybe move the axle 1″ forward if possible. Hopefully these leaf springs will hold up and I won’t need to upgrade to heavier ones again. 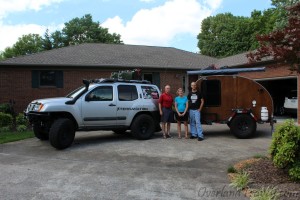 Day 4 (5/28): Today was a pretty easy simple day.  I was traveling from my Parents house in Murray, KY to a friend’s house in Mufroborro, TN. Taking the interstate would have been a simple 2 1/2hr drive.  I for this reason I decided to take the back roads which would take 3 1/2hrs instead. Before I left Murray, KY I stopped by a Kroger’s and finished filling up my galley with necessary food.  There is no point in starting a journey like this with an empty Galley. As I drove to TN It started raining about a hr into the trip. The roads were wonderful. Up and down foothills turns every couple hundred feet. These were going to get me In the mind set for the next day. I arrived in Mufroborro just on schedule slightly passed 5pm and showed up at the Boyd’s and showed off the trailer and had some fun Nissan talks with them. That night I slept in my camper for the very first time. 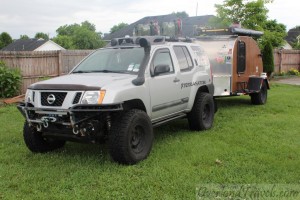 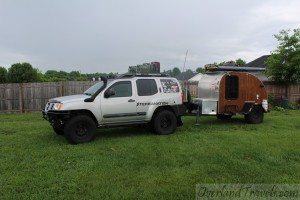 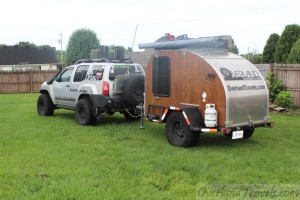 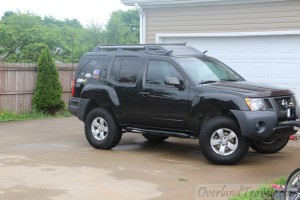 Day 5 (5/29): I woke up well rested even though I was up pretty late the night before. I have to say my camper is very comfortable. I left from my friend’s house around 8 or 9am. I went to home depot to pick up some window/door seals since my door was still slightly leaking. I put another round of seal on the door and this has seemed to fixed the issue since I ran into more ran later on but more on that later. While I was at home depot I was spotted by a friend of a friend who has seen pictures of my vehicle before. I talked to the gentleman for a little while then took off.  I headed to the trail head for the TAT (Trans-American trail) it was about a 2.5hr drive.  At the trail head is a gas station where I filled up. While I was there I met a few young locals in old beat up pickup trucks and started talking to them. They offered for me to go “mudding” with them but I was so accuse about getting on the TAT I turned them down. I then headed down the TAT following my GPS, below is a picture of what I call the true trail head for the TAT. 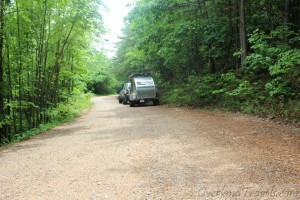 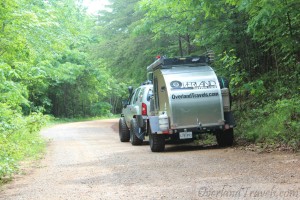 And off down the TAT I went. It essentially was a rundown gravel road at this point wide enough for 1.5 vehicles and no very many places you could pull over. So I was happy when I did not run into anyone going the opposite direction as me as I did not want to back my trailer around some of these corners and hills to one of these spots.

Here is the first stream crossing I came across. This was the smallest one of the day. 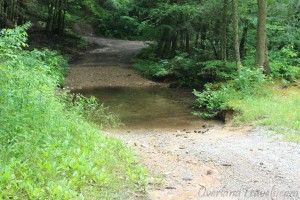 And here is the third stream crossing I came across. There were a total of 5. This was by far the most unique one as it had a couple ridges of rocky edges the water flowed over and due to the trail you had to drive down this with either tires or just one side, I choice the latter. 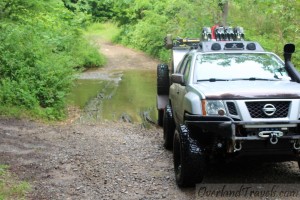 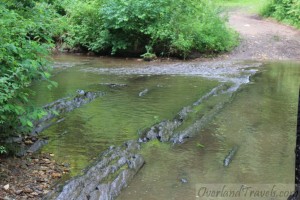 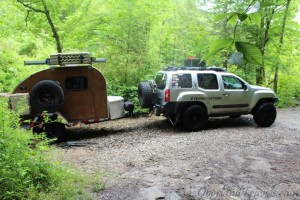 As I traveled down the trail I would say there was probably a good 15 miles of this type of path before it switched back into a narrow 1.5 vehicle width paved winding road. After about 10 miles of that it switched back into a nice gravel road and I found myself headed towards a place called the Cherokee Nation Forest. It was a beautiful area as you can see from the picture. 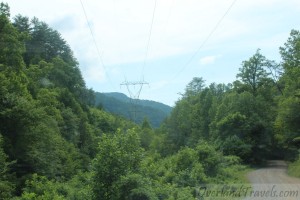 Day 6 (5/29): Today I was petty uneventful after yesterday. I woke up in the wal-mart parking lot. Packed up my stuff and head back down the road a few miles to where the trail was. Pretty quickly after getting on the trail I started climbing a mountain going through all these tight switchbacks. At spots I ended up having to go down to first gear. Then once you reach the top I drove through what looked like a nice farm yard for about 10miles. Then it was time to go down a set of switchbacks. I ended up doing two mountains like this. I have to say it was fun and challenging. The road was narrow and you had no idea how tight the corners were or if there was a vehicle coming since they were all blind. I luckily got lucky and did not run into anyone around any of the corners. Also as a note, as I headed up the second set of switch backs my dash blew up with ABS, Slip, VDC light. There are several causes for this to happen. But after a quick look at the ABS sensors and lines I did not see an issue. So I will be headed to a dealer in the morning. As I continued on I was just weaving my way through some narrow back roads. Some nice main roads. And I kept going in and out of forests to farm land. 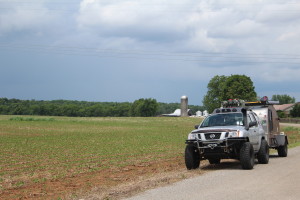 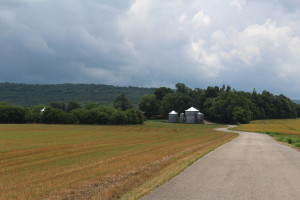 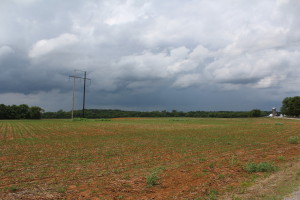 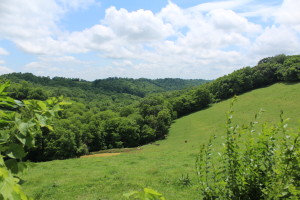 As I continued on I came across this very interesting water cross. This was the first of 5 like this. 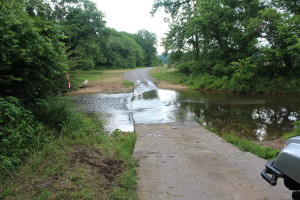 There was a nice park next to it with a church across the street. I decided to talk to one of the guys that were swimming there with his family. He was unsure if I camped in the park if the sheriff would mind and also told me sometimes a bad crowd shows up to the stream at night. With what happened the day before and it being a Friday night. I decided it would be better to find a different place. As I travelled along I saw a few signs for a Davey Crochet State Park. So I turned off my path and headed that way. For park right outside a city it is a pretty good price ($8/day) and has a nice stream flowing through it. I had my first big meal of the trip and got a nice hot shower and am ready for tomorrow.

Day 7 (5/30): Today I woke up early and headed a hr south to Florence, Alabama. Where they have a dealership which is open today. I’m guessing this will be an all day affair. Hopefully it will be something simple like an abs sensor. I will update later with more details.